Where do I start with Queenstown? The small world of adrenaline, scenery and adventure!
Firstly, on our way into Queenstown a few of us got off the bus as two girls wanted to do a A J Hacket Bungy Jump. This looked so scary and I would hate to do a Bungy Jump, although I’ve done a Canyon Swing and a Skydive – this is not my sort of thing! So Joanna went up, not caring at all and just easily jumped off with a smile (crazy girl!). I was so proud of her and jealous of her courage! 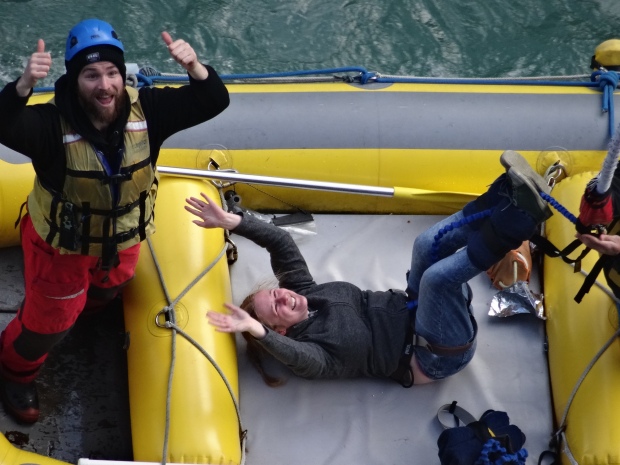 We then got to Queenstown, had to say goodbye to some people including Joanna from the last photos, who was such a lovely girl and we got on so well!
The scenery in Queenstown was unbelievable – it was so beautiful here! I just wish it was cheaper to live there and had less backpackers everywhere!

I went up the Sky Gondola’s one day, where they also have Luge rides – the view was insane! It was probably the best view that I have seen in my whole time being in New Zealand – apart from my skydive of course, I basically saw this view from the sky! But when we were looking out, we even got to see some parasailers! I would’ve loved to have done that, but I’m not too sure if you can pay to do it there? And, I had just done a skydive and a Canyon Swing!

Whilst up at the Skyline, the place seemed to be sponsoured by Jelly Belly (which my dad freaking loves!) and they had these amazing pictures from Lord Of The Rings and a world map – MADE OUT OF JELLY BEANS?! 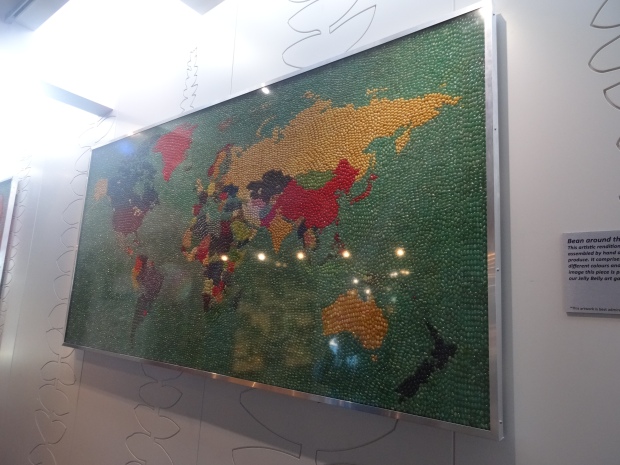 And, I saw a lizard car. No need to say any more.

We have heard about the famous ‘ice bar’ in Queenstown, so we had to go and it was so much fun! Everything is made out of ice, the seats, the walls and even the glasses (as pictured below). They give you gloves and a coat before you go in as it’s so cold, but we had an absolute blast! 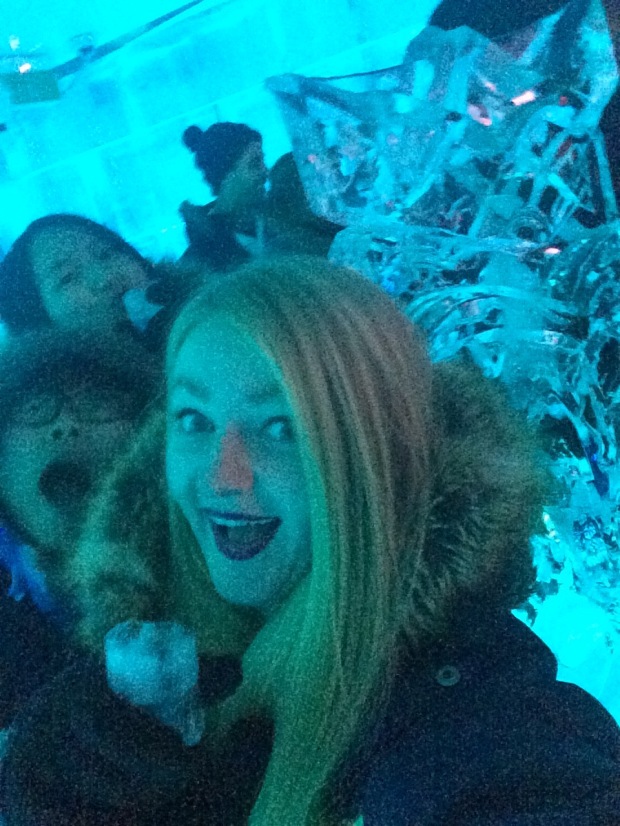 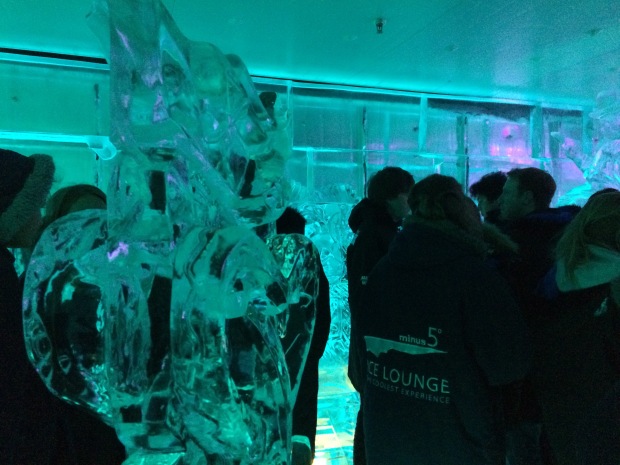 I also met a South Wales boy, too! BOYOOOOO!

That’s all I need to say for Queenstown right now, I think! I have posted/or have scheduled some other posts from the activities that I did whilst in Queenstown – like skydiving, canyon swing and skiing at Cardrona. So look out for those!
I will also be posting the videos, too! Queenstown is an amazing place!
xx

Wanaka is such a pretty little place, there’s not too much there but it is stunning! The scenery down by the lake is incredible (if I can find a photo, if not I will have to google one to show you how beautiful it was!).

They also have a really cool Cinema called… Paradiso? They have sofa’s and have converted a van into seats which is so cool!
Before we left, Kiwi Experience took us to Puzzle World which was quirky. It was like a Optical Illusion house.. It was filled with illusions, puzzle games and really made you think about some things! They even had a massive room that went uphill, but looked like it was normal, so your balance and orientation was completely messed up! It was great fun!
I’ll put a few photos to show you what I mean!
Not much more to say, I apologise if I’m bad at re-capping on these places recently! I find it so hard to remember things, so I’m trying to push out as much as possible!
xx 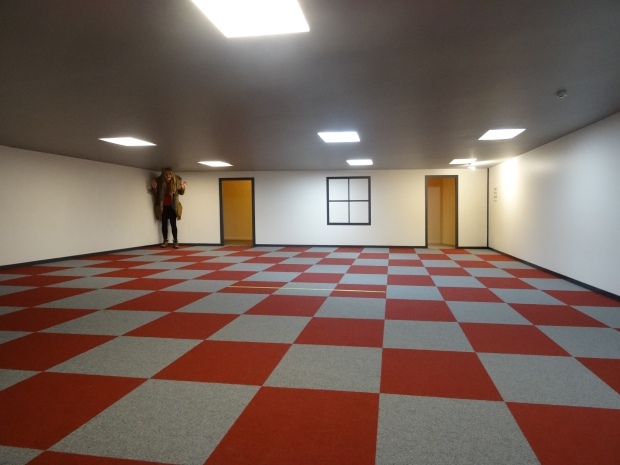 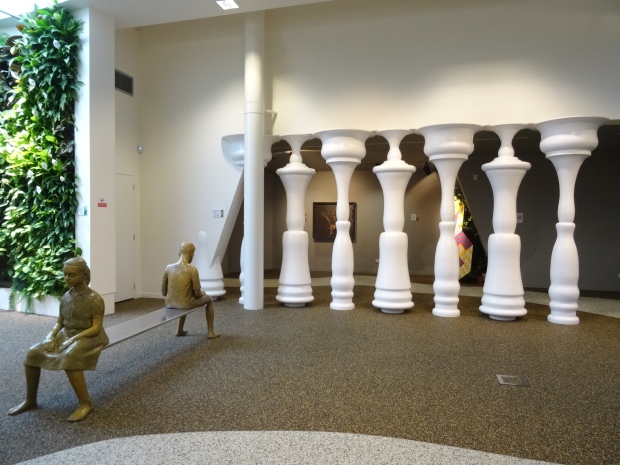 Oh my, Milford Sound is one of the most beautiful places in the world! I absolutely adored it here, even just being on the bus, it was gorgeous outside! The weather wasn’t great on the way down, but that did not matter at all. It’s New Zealand, everything is beautiful!

(This is from the Lake Of Reflections – which didn’t really reflect due to the weather).
On the way to Milford Sound, we stopped at a service station that had Alpacas and we were allowed to feed them. As I am a complete animal lover, I was in my element and was a huge highlight of the journey, too! Although, they do like to spit on you, which I experienced a few times..

Luckily, when we got to the dock to go on a small cruise through Milford Sound, the weather perked up a lot and was so sunny! 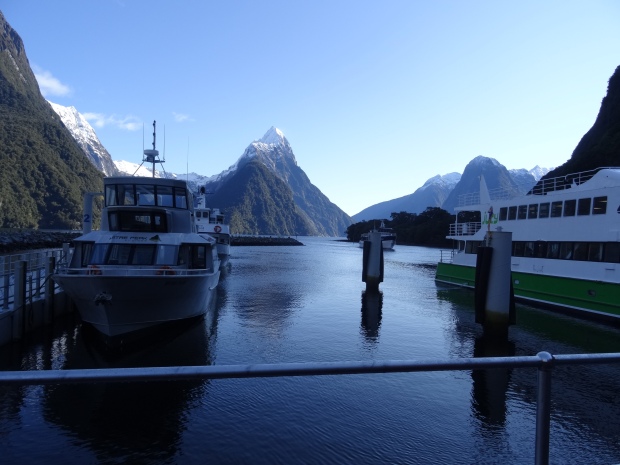 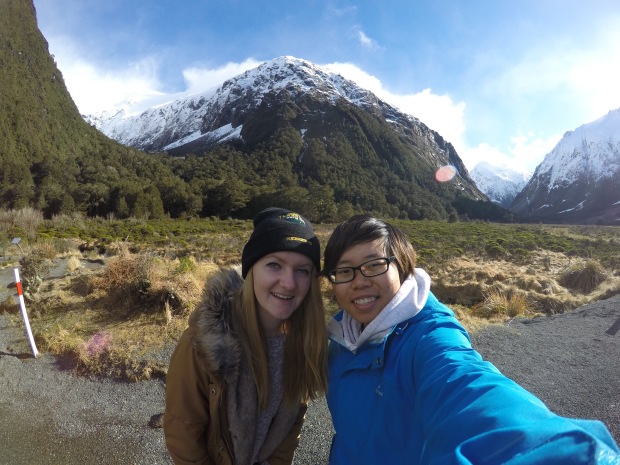 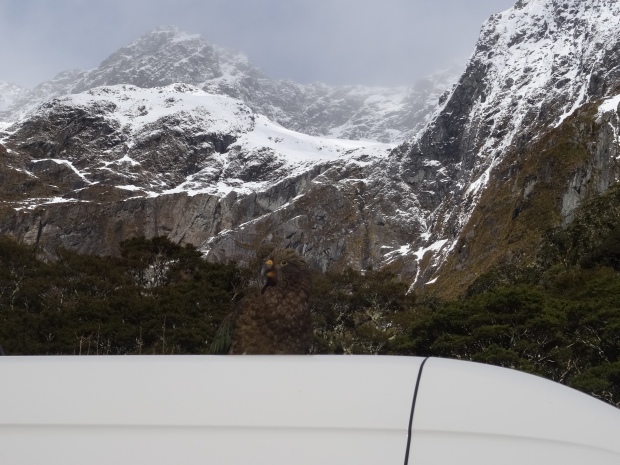 Also, another highlight of Milford Sound was the fact that a Welsh man discovered it and named it Milford Sound after his hometown in Wales, Milford Haven (which is a bit of a dump). But still, those proud Welsh feels came out!

Here, is also where they filmed scenes from Wolverine, where he jumps off a waterfall – TRUE STORY, THAT!

Anyway, I think the photos speak for themselves!
xx

Oh, Wellington.. This place reminds me of being back home, it has a dock, a city, it can be nice and peaceful walking around but also has some civilisation which I like having the option! (As I found that Queenstown was so nice, but it was always busy with backpackers everywhere!).
I was initially going to stay in Wellington for another 2 months to get a job, but then I thought that it was a bit pointless by the time I actually GET a job. I wouldn’t end up earning much, so I have left back to Auckland, ready to move onto Fiji and LA.

Anyway, back onto Wellington..
I spent most of my time here in Starbucks, chilling out, looking for jobs and trying not to spend any more money! But they have a great range of free things to do, like the Te Papa Museum which is so incredible – especially the Gallipoli Exhibition by Weta Workshop! The exhibition was mindblowingly, great! 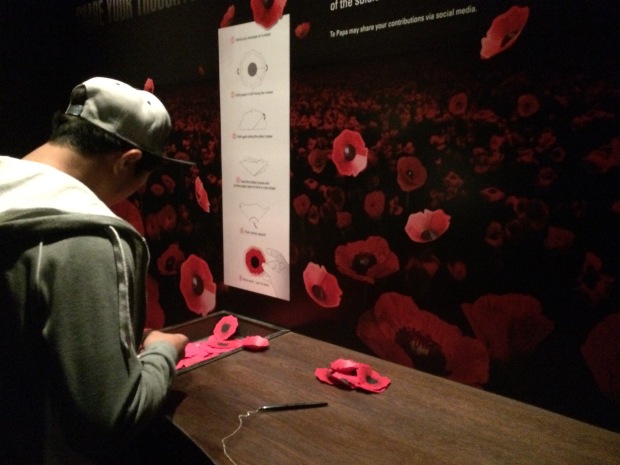 Not to forget the fact that Wellington has it’s own Welsh Bar, I know, that’s right.. A Welsh Bar.
I have never seen one (apart from in Wales, of course..) but never in a different country, it’s always Irish. So I was pretty amazed, there also seemed to be a lot of Welsh people living around that area, as I would see a lot of Welsh flags outside houses..

Wellington also is the home of the All Blacks, at the Westpac Stadium! This is where I went to Comic-Con which was really cheap compared to others, but also not too big, not too small! Great fun for a day out!
xx 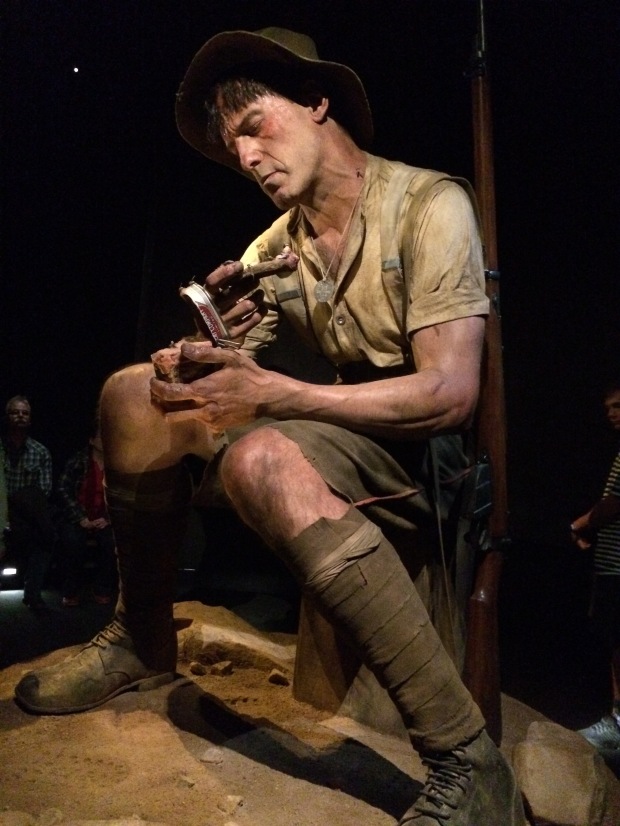 Title: Harry Potter and the Goblet of Fire

Purchase: Available in the UK and preorder for the US.

Review: As always, the Harry Potter books by J.K. Rowling are always ALWAYS incredible!
I have decided to start re-reading these this year! And, as you can tell I just finished The Goblet Of Fire, which is probably one of my favourites out of the books, although I really don’t like the film adaptation of this book..
This now reminds me that I really, really want to go to the Harry Potter Studios when I get home from travelling, as I have been to The Wizarding World Of Harry Potter in Orlando a few times but not London?!

Anyway, I don’t think there’s much explaining to do about this book, as most people have read them or seen the films – you all know the jist! I just thought that I would share my excitement that I am re-reading them and you all should too! 😀

Have you re-read the books? If so, how many times? If not, will you?

Check out my other book reviews:

Harry Potter and the Cursed Child

The Trap by Alan Gibbons

A Quiet Kind Of Thunder by Sara Barnard

The Movie Version by Emma Wunsch

I surprised my mother at Disney World

How I do Disney World and Universal on a Budget